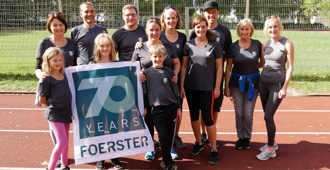 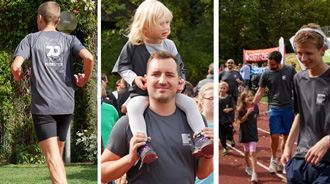 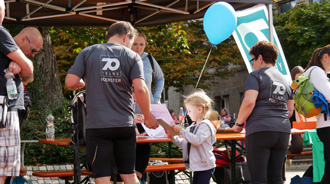 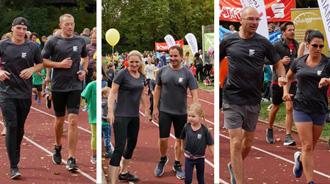 Charity marathon in Reutlingen with a strong participation of FOERSTER

In wonderful late summer weather, 1190 runners came to the 320m long „Rennwiese“ in Reutlingen last Saturday to raise 1 Euro for social projects in the area with every lap. A total of around 19.000 Euros was collected altogether.

FOERSTER has also participated in this action with 46 runners, among them many employees’ children. In total, 1.222 laps have been run by FOERSTER, corresponding to almost 400km! The internal record here was 70 laps, a homage to this year’s 70th company anniversary? But also the families have made a major contribution to the overall result. With joint forces, the 100-laps-mark has been broken several times. Even the youngest runners added some laps, some of them could probably not even get enough as the internal third prize winner is 10 year old Lia who ran an incredible amount of 60 laps!

The FOERSTER pavilion became the central meeting point for runners and their supporters, to take photos, count laps or allow themselves to take a quick breather. And of course to find new motivation for the next laps!