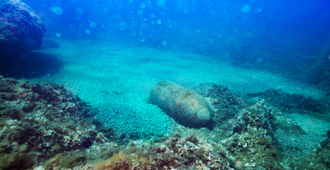 The Detection & Security business unit has signed a cooperation agreement with GEOMAR Helmholtz Centre for Ocean Research Kiel, Germany. GEOMAR is one of the leading ocean research institutes worldwide.

The subject of the cooperation is the integration of FOERSTER measuring instruments and software for the detection of magnetic anomalies in autonomous underwater vehicle (AUV) systems. The goal is the precise and fully autonomous detection of contaminated sites in dumping areas (areas contaminated by waste) of the North and Baltic Seas.

Since the North and Baltic Seas are highly polluted, especially with chemical contamination from World War I, the issue of clearing these dumping areas is gaining importance. In addition to the significant negative impacts on the environment and fish populations from leaking chemical warfare agents, a "cleared" seafloor is also critical in the expansion of wind farms and the laying of submarine cables.

We look forward to supporting GEOMAR in their valuable work of finding and removing these contaminated sites in the future.