FOERSTER helps in the determination of contaminated sites and the detection of explosive ordnance with a wide range of products. In this way, unexploded bombs and unexploded ordnance (UXO) can be reliably located even at great depths. The data can be evaluated in detail together with the corresponding software.

FEREX: The FEREX product family stands for iron detectors with the highest sensitivity. There are different configurations available, which, for example, also allow georeferencing and navigation. FEREX probe holders:

FEREX: The FEREX product family stands for iron detectors with the highest sensitivity. There are different configurations available, which, for example, also allow georeferencing and navigation.

FEREX probe holders: The FEREX probes can be mounted on multi-probe holder systems specially for large-area scanning. The systems can either be carried or fastened to a mobile set of wheels.

FEREX borehole sounding: Borehole detection is an addition to the FEREX detector. This allows deeper objects to be checked when there are interference signals near the surface.

FEREX PNC: The FEREX PNC is a magnetometer network for large-area scanning on land as well as under water. The FEREX PNC probe network controller allows the creation of a network with up to 16 FEREX CON 650 probe rods.

DATA2LINE BASIC, GEO, and UXO: DATA2LINE is the comprehensive FEREX analysis software for evaluation of the data. The basic module is expandable, for example, with the UXO module, which can calculate the possible depth of an object.

FOERSTER MULTICAT: The robust, off-road multi-probe trailer FOERSTER MULTICAT is especially suitable for scanning large areas. This makes it possible to cover an area of up to 2 hectares per hour. The data acquisition and analysis takes place with the high-performance DATAMONITOR 3 software.

METEX: The devices of the METEX family are suited for detecting deeper bombs and cluster munition. The METEX can be used on land as well as in shallow water. 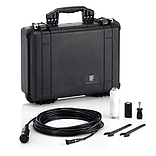 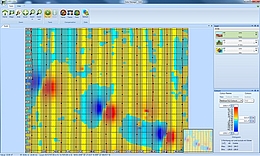 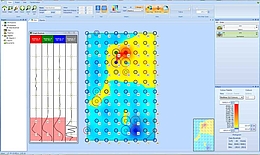 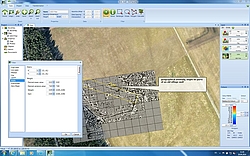 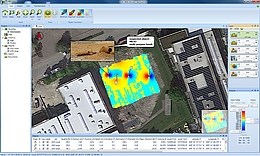 The new generation of the digital fluxgate magnetometer for detection of ferromagnetic metals with data logging and comprehensive application software.

Magnetometer network for large area probing on land and under water 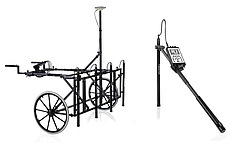